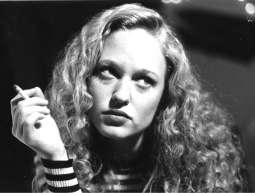 At the risk of sounding like a mini-megalomaniac – which, the nurses say, is way down my list of disorders – there are occasionally times when, just for a moment, it seems as if the universe truly does revolve around me. I mean, within three months of my arrival in Phoenix, they’ve organised a film-festival. And not just any film-festival, but one dedicated to low-budget and independent movies, with nothing costing more than a million allowed on the premises. Does life get any better than that? Not when we get two all-access press passes to the event, no.

For given the choice between seeing a film with a million-dollar budget, and one costing a hundred million-dollars, I know which one will get my popcorn. The more money that is ploughed into a project, the more people have a finger vested in the pie, and inevitably, you end up with movies written by committees of accountants. Any risks, originality, or spark of life have to run the gauntlet of rewrites, test screenings and studio executives, and the results are…Gone in 60 Seconds…Battlefield Earth…Jim Carrey. Given the choice between hiring Mr. One-Expression, or making twenty feature films, which is better value for viewers, film-makers and the world of cinema in general? 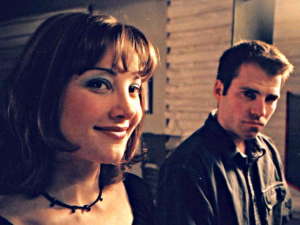 In addition to the independence of vision, low-budget movies offer another advantage: they’re short. Of the seventeen films in the festival, the longest ran for just 101 minutes, because when you’ve got no money, every frame has to count. These are like blow-darts, make the point and stop, unlike the overblown epics coming out of Hollywood. There, you might as well smash the rock over the viewers’ heads a few more times because it’s someone else’s money anyway.

This helps explain why, of the eight films seen over the weekend, all were worthy of respect; they might not have been perfect (unsurprising, when you can often afford no more than three takes), they might not always have succeeded in their goals, but you can only applaud all the makers for their efforts, especially in the face of shooting schedules as low as ten days. These people are the future of cinema, and deserve support and recognition every bit as much as Hannibal – which I saw on Sunday night after leaving the festival, and can honestly say was less enjoyable than every movie in it. Two films, Vice and Boys From Madrid, are already contenders for my ten best of 2001, and Green would have followed them, if it hadn’t been made in 1997. My only gripe was an excessively parochial feel: all the features were English language, and only one came from outside North America. That, I suspect, comes down to submissions rather than any conscious decision, and next time, as an “established” event, I hope for a more global selection. On the other hand, it was an additional pleasure to see shorts, not only in their own programs, but alongside the main features. 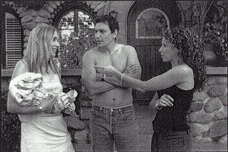 The event took place in a far-off corner of the 24-screen AMC megaplex in downtown Phoenix; if this smacked of sell-out to The Man, at least we got comfortable stadium seating with lots of leg-room for our souls, and it was a salutory experience to walk past the likes of Saving Silverman on the way to the festival zone. Once there, it was like entering another country because, as well as the content, the atmosphere was great. Most entries had directors, producers and actors in attendance, who were delighted to talk about their work afterwards, in sessions of excellent informality. Everyone was approachable and friendly, and additionally, a lot of guests hung around to see other people’s movies, a major plus compared to other festivals I’ve attended. 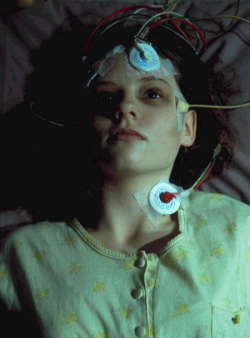 On the down side, an unfortunate number of screenings were plagued with technical problems: the video projection was particularly awful, with bad colour and shortcomings on sound – where there was any at all – but even some of the film projection was not up to an acceptable standard. These gremlins led to films starting anywhere up to half-an-hour late, and this had a knock-on effect, delaying both later movies in that screen, and in other screens since people might have tickets to them as well. At $10/film, it was pricey, especially for the video-projected films (a fact not mentioned in the program!) and the ticketing system itself seemed strange. If you bought a ticket to a specific movie, you (theoretically) might or might not get in, since priority was given to those who’d bought one-day passes.

I say “theoretically”, since none of the screenings we went to were sold out, with the majority less than half-full. While this is perhaps fortunate in the light of the above, it’s otherwise a shame, and I think the festival could have done with broader publicity – on several occasions before the weekend, we mentioned it to people and their reaction can be summarised as “Huh?” However, everyone we spoke too at the event had a thoroughly good time, so there should be plenty of positive word-of-mouth for next year. It’s a festival that certainly deserves to be a success, and I’m already looking forward enormously, to bigger and better things next year.

[Thanks to Golan Ramras for the press passes, and Chris Fata for editorial assistance, festival liaison, her comfy shoulder and enough Diet Coke to float a battleship…]

For more information on this year’s festival, and to keep up to date on the plans for next year’s, visit the Phoenix Film Festival website.