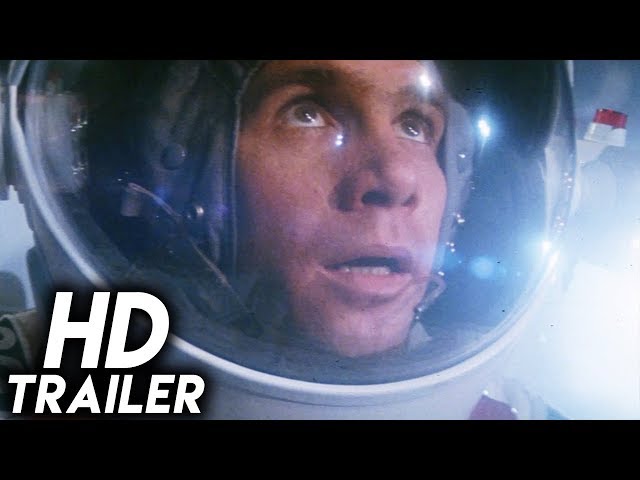 Lifeforce trailer [NSFW!] Never mind films,
they don’t even make trailers like this any more.

This 1987 adaptation of Colin Wilson’s The Space Vampires was famously disastrous, taking less than half its budget at the US box-office, even after being edited down by fifteen minutes, and was one of a series of flops that pushed Cannon Films to the brink of bankruptcy. At the time, Janet Maslin wrote in The New York Times, “About 30 seconds into Tobe Hooper’s Lifeforce, two things become clear: that this film is going to make no sense, and that Mr. Hooper’s directorial work on Poltergeist may indeed have been heavily influenced by Steven Spielberg.” And when Wilson saw what Cannon had done with his book, he was unimpressed, famously saying: “John Fowles had once told me that the film of The Magus was the worst movie ever made. After seeing Lifeforce I sent him a postcard telling him that I had gone one better.”

That’s being harsh: Lifeforce is by no means a disaster and time has been kind to it; you’ll find a lot of positive reviews online these days. The IMDB currently gives it a score of 5.8 out of ten, which ranks it third-best among the fifteen features Hooper has directed [trailing only Texas Chainsaw and Poltergeist, obviously enough]. Even allowing for Tobe’s often-wretched output, that isn’t bad. It is a classic B-movie romp of aliens, who inspired the vampire legend, and are brought back to the Earth to wreak further havoc on modern-day civilization. Steve Railsback, chewing scenery to good effect, is astronaut Steve Carlsen, the man responsible for bringing the menace back from Halley’s Comet on the spaceship Churchill, and it’s up to him and SAS Colonel Caine (Firth) to stop them, before NATO does a spot of nuclear sanitary work on London.

It feels much like a Hammer film with a budget ($25m, a huge amount at the time) increased enormously from that studio’s norm, and would have worked particularly well as a Professor Quatermass film. I can easily envisage Messrs. Cushing and Lee playing two central characters, albeit ones perhaps more academic and, in Carlsen’s case, less hysterical. It is terribly British in many aspects, with cups of tea and stiff upper lips abounding, even as the capital collapses into anarchy and chaos.

In this setting, Railsback is somewhat of a sore thumb; it may be that his unrestrained looniness, the only American character of significance, was in part responsible for the film’s failures at the box-office there. Firth is admirably tongue-in-cheek, even when faced with Carlsen beating up a nurse believed to be hosting one of the vampires: recommended to leave the room, his po-faced response is “I’m a natural voyeur.” Similarly, the supporting cast, as with Hammer, is full of faces you should recognize, for example Home Secretary Sir Percy Heseltine, played by Aubrey Morris – he was Alex’s parole officer in A Clockwork Orange. Chief among these is probably Patrick Stewart, in his pre-Picard days, as the head of an asylum for the criminally insane. It’s somewhat creepy to see Carlsen impelled to kiss him, though it probably would have been even worse had the role, as originally planned, gone to Sir John Gielgud. Nicholas (Hazell) Ball and Michael Gothard, a villainous henchman from For Your Eyes Only, can also be seen.

And then there’s Mathilda May, who was clearly no bother at all to the costume department for the entire first half of the film, being unencumbered by any clothes at all. This prompts Dr Fallada (Finlay, a role originally offered to Klaus Kinski) to proclaim, with what turns out to be misplaced confidence, “Don’t worry. A naked girl is not going to get out of this complex.” She doesn’t so much perform as exist, and gives perhaps the finest portrayal of a nekkid space vampire in cinematic history: In a long ago printed edition of TC, I made a very complimentary comment about Ms. May’s breasts. Chris, with her superior breasts, has not let me forget this, and nor will I will make that same mistake twice. Though, for the curious, I will point out that if you click on the pic attached to this paragraph, you get the very NSFW version. And we’ll move rapidly on, shall we?

The special effects are a mixed bag. John Dykstra’s outer-space miniature work is impeccable, but some of the body casts on view are less than convincing. There’s one of Stewart which is so bad, it’s difficult to see how it could ever have passed muster, even more than twenty years ago. However, the epic scale of the film really works in its favour towards the finale, when London has been taken over. The feel here is more like a zombie film (co-writer O’Bannon helmed Return of the Living Dead the same year), with Hooper doing a fine job of capturing the anarchy and chaos as Carlsen and Caine try to track down the vampires’ lair. Though, it has to be said, the F-sized beam of light shooting into the sky should probably have given them something of a clue.

The story logic does leave a little to be desired: as Chris pointed out, if vampire victims automatically resurrect themselves two hours after death, why did this apparently not happen in the month or more it took the Churchill to return to Earth? And I can’t say the vampires’ plan makes a great deal of sense, either, sending one of their number off up to Yorkshire, to hide out in the asylum mentioned above, for reasons best described as murky. Still, as a loony slice of eighties apocalyptic sci-fi horror, it’s probably among the best, and this has to go down as one of the masterpieces of Cannon Films – albeit that both of those are somewhat small fields in number. Hooper certainly hasn’t done anything better since, either. I’ll close with this immortal exchange between Col. Caine and Dr. Fallada: