Just over 300 films seen in total during 2013, though not all were eligible for inclusion here – some were too old, even by the somewhat loose definition of “2013” that I’m using again. [Pretty much anything which had its first US distribution this year, in some way] Feels like the standard this year was somewhat lower, probably affected by us not having our film festival, so there were virtually no submissions – three of those made the top ten last year. I think I also mined rather more old films this year, or perhaps it just seems that way. Certainly, cinema-going remained at a premium, with probably only a handful of actual trips at most. Netflix likely helped fill in the gaps, along with TV shows – we discovered Game of Thrones this year – and the “unofficial sources.”

Previously, I’ve generally ordered the films simply by rating, but this time, I have adjust certain rankings, because some of the films have stuck in my mind more than others, and that should probably be recognized. Right, enough rambling. Into the top 10.

10. Riddick. I think this is likely one which will repay repeated viewing, even if it’s never going to be anything approaching great art. It’s simply two hours of Vin Diesel returning to his roots, and doing what turned him into a star i.e. being a total bad-ass. You’re either with this or you’re against it: Diesel probably doesn’t give a damn either way, and we’re right there with him there.  What we said: “Diesel is entirely at ease with his character by this stage… a simple pleasure, yet certainly a satisfying one.”

9. GLOW: The Story of the Gorgeous Ladies of Wrestling. I always like wrestling documentaries, because of the multiple levels – real people, pretending to be fake people, pretending that what they’re doing is real. Drawing the boundaries is often difficult, and that’s some of the appeal. This was a fascinating and poignant portrayal of what happen once your 15 minutes of fame have gone. What we said: “A thoroughly satisfactory snapshot of a pop-culture element from another era. “

8. Violet & Daisy. All the more poignant due to the death of James Gandolfini, this tells of two young assassins (top) sent to kill him, only to find him waiting to offer then, literally, tea and cookies. As things unfold, we discover the reason why, and also some hard-to-swallow truths about the girls’ relationship and employment. Not what you’d expect from the screenwriter of Precious, to say the least.  What we said: “An engaging and effective action heroine film too, and one which doesn’t rely purely on adrenalin and cleavage.”

7. Maniac (2013). A horror remake that doesn’t suck, or even have you going “Meh”? Hello, good to see you – it has been a while, hasn’t it? Here, we go deep into the head of a serial killer, with much of this filmed in brutal first-person style. There’s no shrinking away, and the results are a disquieting update on what was already one of the sleazier entries in the grindhouse genre. Missed the shotgun head-blast though. What we said: “Packs a nastier wallop than the original, with more depth, and doesn’t sacrifice the rawer elements to do so.”

6. The World’s End. The Cornetto trilogy comes to its conclusion, with another global apocalypse against which a small band of friends must make a stand. There may be a pub involved. 🙂 Still, it’s a fully-satisfying finale, which shows how both Pegg and Wright have grown since Shaun. Mind you, this still isn’t quite as good: sometimes, becoming more mature is a double-edged sword. What we said: “Such an entertaining and smart ride, possessing both brain and heart, that its flaws are absolutely forgiveable.”

5. The Attacks of 26/11. It’s easy to forget in the West that there are places where terrorism is far more common that here; the assault on Mumbai in 2008 is among the worst anywhere since 9/11. Being reminded of this is no bad thing, and this well-crafted reconstruction of events also proves beyond doubt that there’s more to Bollywood cinema than pretty costumes and elaborate dance numbers. What we said: “A very solid and engaging piece of work, shining light on an incident not as well-known in the West as it should be.”

4. Escape (Flukt). Straightforward and to the point: in medieval Scandinavia, a girl is kidnapped, but escapes, and has to make her way to safely, pursued by the single-minded (and borderline psychotic) leader of the tribe. With its bow-wielding heroine (below), plays like a more up-close and personal version of The Hunger Games, unfolding against a spectacular Northern landscape,  What we said: “Hardly an ounce of fat in the form of wasted moments, on its lean Scandinavian frame.” 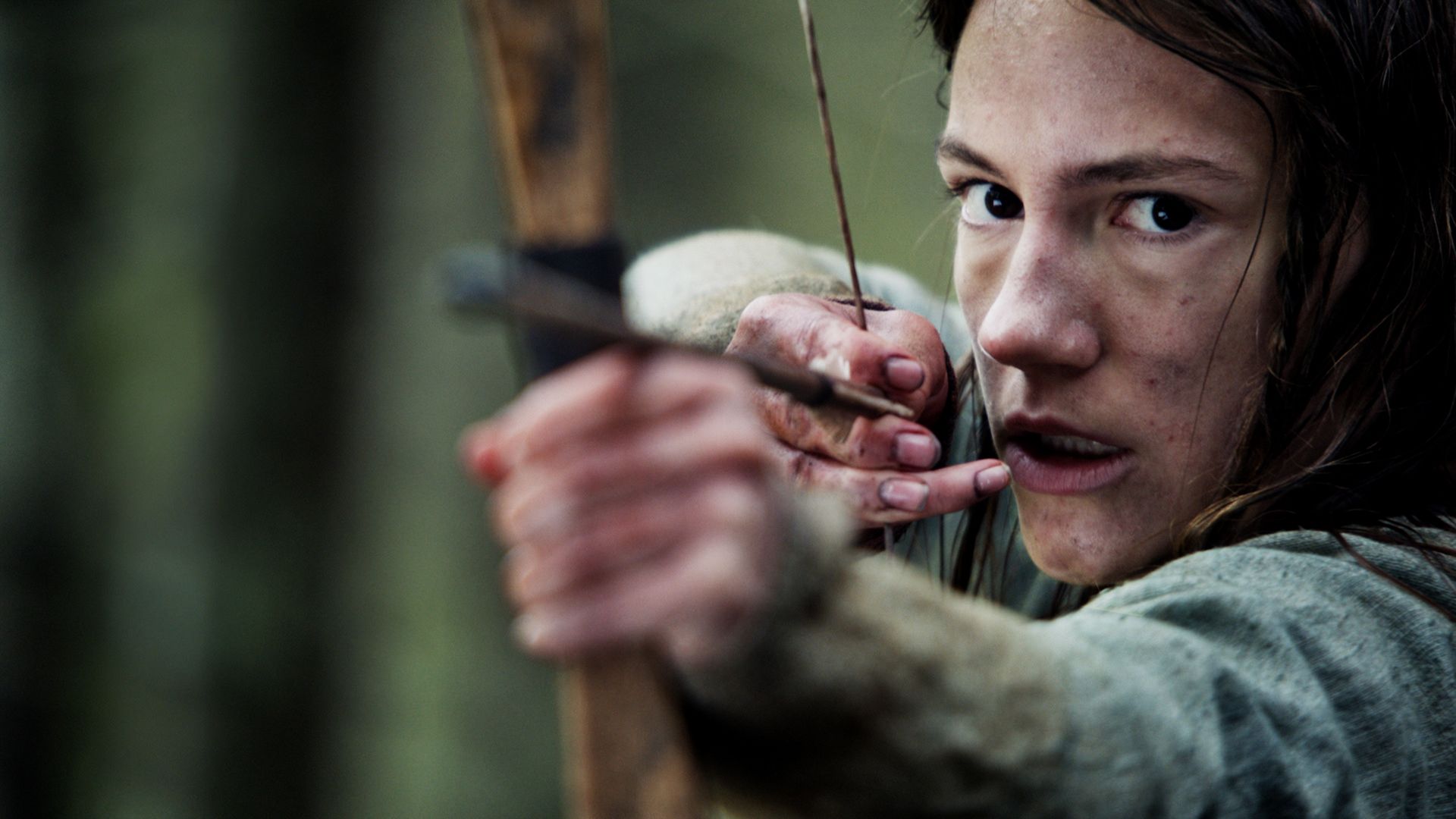 3. Star Trek Into Darkness. This is one I think I over-rated at the time. Sure, it was very good, and Benedict Cumberbatch made for one of the best villains in the entire series. But how much of this can I honestly say stuck in my mind? Surprisingly little, resulting in its lowered position, at least pending a re-view and re-calibration. Certainly slick, and considerably better than our other cinematic outing, Pacific Rim.  What we said: “If there are any better big-budget movies this year, I can’t wait to see them.”

2. The Last Days. It’s nice to see a film that can take a genuinely-new concept for the global apocalypse, and develop it in a fully-formed manner. Who needs zombies when you have claustrophobia? The modern world is so shut-in by default, it’s easy to forget the need to emerge every now and again. But turning that in to the enemy is a fascinating twist, and the resulting deserted city is brilliantly depicted. What we said: “One of the most engrossing apocalypse movies I’ve seen in a long time, and certainly more emotionally satisfying than World War Z.”

1. Europa Report. It goes to show how the landscape of SF has changed so dramatically, that something which is virtually pure, “hard” SF can seem completely revolutionary. What it lacks in “star power” is made up for in solid science and storytelling. The best film of the genre I’ve seen in a while, though disclaimer: we have not yet seen Gravity, so we’ll see how that stacks up. What we said: “Refreshing, well-constructed and an intelligent entry in a genre that is not often known for that of late.”