Shows which were listed in the 2010 or 2011 pieces on this topic are disqualified from a repeat nomination. I’ll probably lift the moratorium next year, on a rolling three-year basis, so that the 2010 shows – or. at least, any of them that are still being screened (Caprica, Spooks and 24 have already gone, with Fringe on its last series and The IT Crowd likely not returning either) – will be eligible to repeat. But, for now, here are ten more of the best pieces of televisiual entertainment to have graced our screens in the last 12 months.

American Horror Story
We had some catching up to do, having missed the first season when it aired last year, and centred on a house with a long history of murder, inhabited by a family of three – and all the people who had died in it previously. The second season is even more disturbing, taking its horror from the realm of the supernatural back to the evil that men (and women) do, set in a 1964 insane asylum, ruled over by a seriously-twisted nun and even more insane Doctor. Jessica Lange, as the former, fully deserved the Emmy she won, and James Cromwell… Well, Babe will never seem the same again.

The Aquabats Super Show!
They’ve been one of our favourite live bands for a decade now, with their mix of B-movie insanity and ska-punk pop tunes as infectious as Ebola, and they’ve wanted to get their own superhero TV show for even longer. Finally, The Hub – also home to My Little Pony: Friendship is Magic – gave them a shot, and the result is a brilliantly deadpan slice of fun for all ages (such as the TARDIS-like van, infinitely bigger on the inside). The production values are deliberately cheap and shoddy, but there’s an enormous and obvious affection for everything from Japanese monster flicks to Saturday morning cartoons.

Being Human (UK)
This took its own time to make the list, having got through three seasons of spectral, lycanthropic and vampiric angst without troubling any of my lists. However, the fourth season saw two of the trio replaced. Much as we had enjoyed Russell Tovey’s performance as previous werewolf George, the chemistry of the new household was a great deal better (and less whiny, it has to be said), while the storylines, too, seemed to have improved, with more thought put into them. It remains, however, really confusing to be watching this and the US version simultaneously, with characters and plot threads getting mixed-up in our poor old heads…

The Borgias
Not the British series, which still is widely regarded as among the worst of all-time [I don’t remember it as being that bad. Mind you, I was 15, and likely couldn’t see past all the tits. Minor factoid: watched some of it being filmed at Doune Castle]. This is rather better, held together largely by a great performance from Jeremy Irons as Rodrigo Borgia, Pope Alexander VI in a time when popes were allowed to have a wife and expected to have a mistress. Advertised with the tagline, “The original crime family”, the Borgias were supposedly an influence on Mario Puzo when he wrote The Godfather. It’s easy to see why in this historical romp.

Covert Affairs
It’s like Spooks/MI-5, only with better teeth and hair… Piper Perabo is perkily perfect CIA operative Annie Walker, jet-setting around the world, looking for intelligence in all the wrong places. But what initially looks to have about as much substance as a tanker of candy-floss, proves surprisingly steely, with no shortage of mayhem, betrayal and treachery. It also gets bonus points for re-introducing us to one of the best TV villainesses of recent years, Nina Myers (Sarah Clarke) a.k.a. the woman who shot Mrs. Jack Bauer. Needless to say, we didn’t trust her, from the moment she showed up here, as department head Lena Smith.

Grimm
This started the same week as another fairy-tale themed series, Once Upon a Time, and we opted for the grittier approach taken here, with a cop who discovers he is descended from a long line of monster hunters. He has to sort out the good from the bad in the communities that lurk just beneath the surface, and also try to keep his personal life personal. In the second season in particular, that has become increasingly impossible, and the show has also improved beyond being just a “fairy-tale of the week,” which it looked like it might be early on. It now has depth and a universe of its own in which to work.

Homeland
Claire Danes also won a well-deserved Emmy, for her role as damaged CIA intelligence analyst Carrie Mathison, who becomes convinced that Nicholas Brody, a returning rescued POW from Iran, has been turned and is now a sleeper agent for the terrorists, despite being on the fast political track. It’s not much of a spoiler to say that she’s basically right: but that’s just the tip of the iceberg, as she tries to convince her bosses that these are not just psychotic delusions, because she’s off her meds. And is Brody necessarily the bad guy he initially appears? Can he perhaps be turned into a useful asset?

Revenge
This is a guilty pleasure, a sprawling soap-opera which sees millionairess “Amanda Clarke” move to the Hamptons. Except, as the quotes suggest, that’s not her real identity: she is out for complete and utter vengeance on the family responsible for branding her late father a terrorist, and having him killed. #1 with a bullet is Victoria Grayson (Madeleine Stowe), her father’s former lover, who betrayed him and is now reaping the rewards. Stowe is deliciously malevolent, and there are just so many shenanigans going on here, that you can only snuggle up on the couch with ice-cream, and enjoy the class warfare as it unfolds.

Touch
Kiefer Sutherland’s post-24 show on Fox is a lot more touchy-feely, with Sutherland playing a former journalist with a severely autistic son, Jake, who doesn’t speak, but seems to have an incredible awareness for numbers and the interconnectedness of things. That allows him to bring people together – but also makes the kid a potentially very useful commodity [if you’ve seen Pi, you’ll know why]. It’s a novel mix of the emotional (almost spiritual) with thriller elements, and the first season ended with , sorry, Martin going on the run with Jake, after losing a custody battle. Interested to see how things develop, when it returns in February. 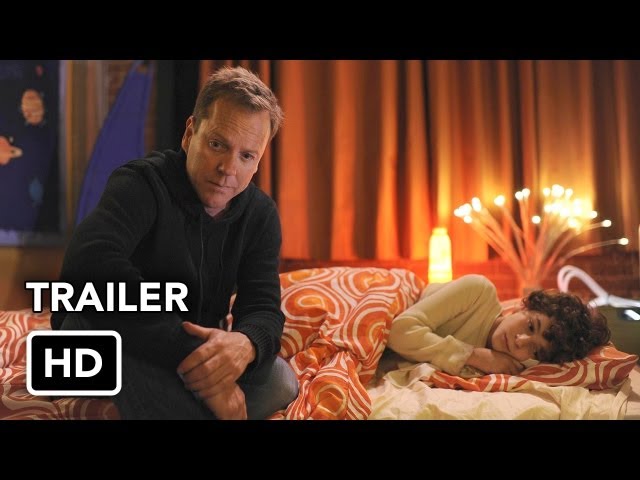 Whitechapel
After a couple of seasons where the show was content largely to mimic the most famous of London crimes e.g. the Ripper (inevitably!) and the Krays, the third went for more original ground and was a good deal more successful as a result. It manages to find the sweet spot between characterization and cases, which is often difficult for police procedurals – most tend to concentrate on one or the other. Not to say that this is staid or even slightly plausible, however; instead, it is played with all the enthusiasm and loopy imagination of a Victorian “penny dreadful”, and is all the more fun for it.