I watched a lot of films last year. The final tally was 371 – I’ve no intention of even attempting to match that goal in 2016, and to make sure I’m not even tempted, January was largely spent falling behind, through a carefully staged process of slacking off and watching TV series instead.  Despite that volume, I think fewer qualify for this article, mostly due to age. Without a Phoenix FearCon this year (we still took submissions, but stockpiled them for the 2016 fest), I was certainly not up on contemporary indie horror, which provided the backbone of last year’s list. Did actually go to the cinema more often, though this was simply a reflection of more “big” films being out which felt that they justified the expense and the effort [both of which continue to weigh heavily in our decision].

Here’s the top 10. As usual, I have a fairly loose definition of “this year”, so if some of these actually appeared somewhere in 2014, I don’t care.

10. Bone Tomahawk. There have been a good number of “revisionist” Westerns of late, but this was the one that’ll stick in our mind – less for the Western aspects, than the sudden shift into Italian cannibal territory that occupies the final reel. That was not expected, and was all the more impactful for it. As noted above, we didn’t see as much horror this year as previously, yet there was one sequence here which was the match of anything in more traditional genre entries. 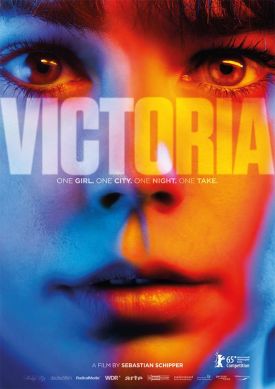 9. Sicario. Somewhat enhanced by the local interest of being largely set in “Arizona” [quotes used advisedly, since it was filmed in New Mexico], this made an interesting companion piece to Cartel Land, which we’ll get to shortly. If a little bit derailed by the suddewn shift in focus to Guillermo Del Toro’s character during the second half, this still contained tension in buckets, not least during an extended sequence depicting a masterfully constructed cross-border “extradition raid”.

8. Victoria. Yeah, sure. It’s a gimmick, shooting an entire film in a single, unbroken take. But actually having the guts, and no small degree of technical skill, to pull it off? This would likely be a fairly decent film, shot in a “normal” fashion, though the first quarter is rather sluggish. However, the more it goes on, the greater the impact, as you become trapped, right alongside the heroine, without any apparent way out. Not something we necessarily want every film to adapt, yet it works well in this case.

7. Lila & Eve. What feels like it might be a Lifetime TVM from the outside, actually delivers much greater depth. This is mostly thanks to the great performance of Viola Davis at its heart, as a woman who suffers unimaginable loss, and reacts by vowing to take out those responsible. In other hands, this could have been Death Wish Mom [which, actually, might have been fun]; instead, it’s rather more nuanced, and the fact the “twist” is obvious a mile off doesn’t harm the film significantly.

6. Cartel Land. I don’t really review documentaries, but this one packs an enormous wallop. It covers both sides of the US-Mexico frontier and the groups on each side trying to stop the criminal activity which drives much of the economy south of the border. Particularly chilling are the Mexican “vigilantes”, who start out with good intentions, to defend their communities from the predations of organized crime. Yet it doesn’t stay that way for long. Oscar-nominated, and for good reason.

5. Let Us Prey (left). As noted, we didn’t see as much true horror this year, but this was the best, and still thoroughly worthy of inclusion. Anchored in a pair of excellent performances from Liam Cunningham and Pollyanna McIntosh, it succeeds in being disconcerting from the opening sequence, and builds an escalating sense of tension and claustrophobia out what’s close to a single location. Despite my own lack of religion, I’m a big fan of religious horror, and this is among the best in recent year.

4. Mad Max: Fury Road. It was thirty years ago that Beyond Thunderdome came out; must be close to the biggest gap ever between franchise entries. But it was just like yesterday, George Miller bringing the same spectacular carnage to the screen. Sure, Tom Hardy was hardly Mel Gibson; fortunate, therefore, that this turned out to be more about Imperator Furiosa and her journey. The biggest bad-ass of the year, even though her count of functioning limbs failed to pass three.

3. Spy. The year’s biggest surprise: I’d always though of Melissa McCarthy as a one-joke actress. Yeah: she’s fat. So what? But this proved she can be a lot more, in an affectionate yet pointed riff on the “secret agent” film genre, with Jason Statham also deadpanning his way to stealing all his scenes. Need I say more than, underground poison-ingesting crime ring? I laughed, way more than expected, and also more than any other movie of 2015, and find myself genuinely anticipating the Ghostbusters reboot.

2. Spooks: The Greater Good. Sometimes, you can go back. That seems to be the moral here, as once again, Sir Harry Pearce and his crew take on the worst threats Britain can face. It’s just like 24! Only with more cups of tea! But you didn’t need to have seen the TV series (full disclaimer: one our favourites) to appreciate a rather less gung-ho and ambivalent approach to counter-terrorism. Appropriate, given its London setting, that there was an awful lot of grey, in both characters and storyline.

1. The Martian. Yeah, it’s another “hard” science fiction story, marking the third year in a row that one of those has topped our list. I think it’s just a genre that is a perfect match for cinema and feeds into my life-long fondness for space: I almost studied astronomy at university, and films like this make me wonder what path my life might have taken if I had. Yet, as ever, it doesn’t ignore the essential human aspect, with Matt Damon a smart and thoroughly sympathetic hero. If this doesn’t make you want to be an astronaut, you’ve got no soul!