Reporters are used to facing danger: Sandy Gall in Afghanistan, John Pilger in Cambodia, Kate Adie in…just about anywhere there’s trouble. Though even she might have thought twice about braving the Astoria theatre in London, on the night of the Revolting Cocks concert.

The current LP, ‘Beers, Steers and Queers’, starts off with a taped phone-call from someone operating under the misapprehension that the Revolting Cocks were a male strip show but I doubt anyone turned up at the Astoria thinking the same thing. The propaganda had been flying: flamethrowers, mechanical broncos, live cattle and a road crew armed with urine-filled water pistols were rumoured to be ranged against us.

It didn’t quite live up to this hype: there were no flamethrowers, no animals (artificial or real), and the road crew were too busy repelling wave after wave of potential slam-dancers to reach for any small arms they may have been carrying. A disappointment? Not really, as it still crammed more deviance and sleaze into ninety minutes than a Ken Russell movie: a topless go-go dancer simulating oral sex on a man wearing inflatable breasts (one punctured), a mask of the Queen and a policeman’s helmet is not the sort of behaviour likely to get them on the next Royal Variety Show.

Mention must be made of the support who were better than average: Godflesh started by apologising profusely for the poor sound before delivering some gut-knotting power noise, while Bomb Everything were solid thrash metal and showed remarkable good humour in the face of the enemy: “if you see anyone chucking a can, smash his face in and I’ll give you a free T-shirt”.

To Revco, though any description will be inadequate. This was apocalypse music with a bad attitude, noise for a corrupt generation, the soundtrack to a remake of ‘Caligula’ set in the seventh level of hell. Even at the sort of volume that would be illegal coming from a jack-hammer, the sound quality was excellent. Long, unrelenting versions of songs from ‘Beers, Steers & Queers’ joined old favourites like the utterly tasteless ‘Union Carbide’ and ‘Attack Ships on Fire’ (bonus point if you can tell me the movie that line comes from!) to give the brain a good kicking until your reality was squeezed to a singularity. The high spot for me was a cover version of Olivia Newton-John’s “Physical” which took an already dodgy song and mutated it into something verging on the perverse.

Visually, there was probably too much going on: with three lead singers working in rotation, the idle hands were often found occupying themselves with the charmingly named Revolting Pussies, two ‘dancers’ whose simulated affections were also lavished on each other, the audience and road crew with wild abandon. All of which was terribly distracting, as said dancers kept sinking to the floor of the stage, just out of my line of sight – next time, I’ll head upstairs! Other props included a blood-stained blow-up doll, a fluorescent ski-mask and large numbers of beer bottles used (at about groin level) to spray froth over the go-go dancers. Like I said, any description is inadequate.

If you can imagine being inside a lift as it plummets to the ground, you might get a flavour of the atmosphere that was generated. Your parents wouldn’t like them, Teddy Taylor M.P. doesn’t like them and they’ll never be on the British Rock and Pop Awards – who can argue that when music is safe, ozone-friendly and socially conscious Revco are indeed, in their own words, “making the world a better place for you and your hog-bitch girlfriend”.

[2020 update: The entire gig is on YouTube, and is embedded below for your viewing pleasure…] 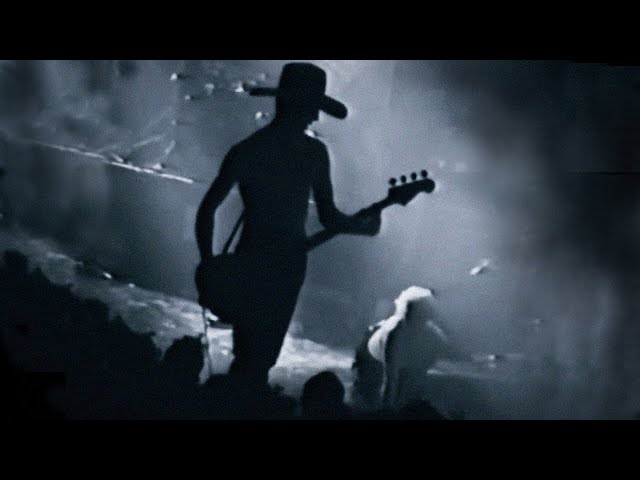 Five things to know about this band and their cassette:

I don’t have a high opinion of the indie music scene at the moment. Most bands seem to be vanishing up their own backsides in a drug-crazed frenzy of retro-delia, so the appearance of an almost totally unsolicited tape in the post was greeted with the sort of enthusiasm usually reserved for bank statements. A four-piece band, from Stoke as far as I can tell. “Single and LP out on Release Emotions Records sometime this year”. Hell, I’d better listen to it at least once…

Hang on, this isn’t bad. Eight tracks, most of which leave you wishing they’d go on a bit longer, three songs I definitely liked a lot (“Words can’t say”, “l.p.h.” and “3rd world dream”) and twenty seconds of guitar at the start of “What you said” that involuntarily made me stop what I was doing and grab for the cassette box. The overall sound reminds me of the Buzzcocks, though the vocals bear no resemblance at all – ok, this means it is backward-looking, perhaps, but at least it’s to an era I can remember without having to undergo hypnotic regression!

The tape may sound slightly rough & ready, ‘White Lady’ did seem to be ladling on the drugs references a bit and while all the songs have a similar style, I liked it so I’m not complaining. Heavens, I’ll probably end up buying the LP – unless (hint, hint) I get another unsolicited package…

[No idea where you can get the tape! For further information, contact: Flameon, The Willows, Vicarage Lane, Barlaston, Stoke on Trent, ST12 9AG]