In the beginning was the word, and the word was ‘A-wop-bop-a-loo-bop-a-wop-bam-boom’. Bad lyrics are an endless source of fascination to me, summing up the pure essence of pop – there’s a strange similarity between the feeling I get watching a truly bad film, and the one I get hearing an infinitive split in a particularly brutal manner.

What makes a bad lyric? Lack of meaning, strangely enough, isn’t necessarily that important – John Foxx produced an entire LP, “The Garden”, without coming up with very much intelligible to the average listener : “Do you get the smell of burning metal? / Can you feel the heartbeat under the sea? / Well, it’s just me and Oppenheimer waltzing / The crowded streets in chromakey” is a typical example, from the peculiarly named “Dancing Like a Gun”. Strangely, it works, probably because the words do fit the tune and have a rhythm, even if they are total gibberish.

Banal lyrics aren’t necessarily bad either, as long as you’re expecting them. Patsy Kensit & Eighth Wonder (above) produce music for happy bimbos, and the lyrics reflect this : “When I see the front page/It makes me worry/In a world full of outrage/The future looks blurry” (“My Baby’s Heartbeat”), may not be totally appalling, but it’s not far off. In terms of childishness, Jonathan Richman is the king here ; “Abominable Snowman in the market/That’s right, you heard me right, gang/And the housewives, they all remark it/Looks like a dirty marsh-mallow with fangs”. If you buy an LP with titles like “Here Come the Martian Martians” and “I’m a Little Dinosaur”, what do you expect?

The lyrics most likely to make me wince are those that attempt to make a serious social or moral point, and sink into sub-nursery drivel. Transvision Vamp came up with a beauty in “Revolution Baby” – “We’re all on the same side when the mushroom hits the sky”. Really, Wendy? You don’t say! Hard to beat that for reducing the complicated subject of nuclear disarmament to the level of a three year old. 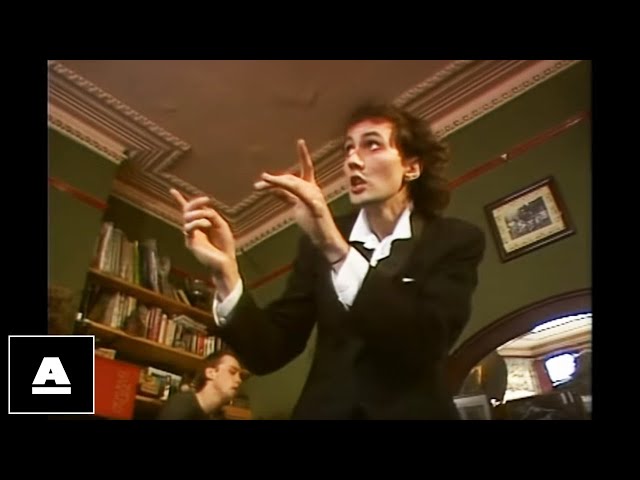 The WORST lyrics I’ve heard in a good while come from a group called The Bolshoi. Their song, “Away”, boldly goes where no song has gone before in terms of sheer badness (and I don’t mean bad as in good). “When you were at school, you were a honey/The boys all loved you, you loved their money” deserves to be nominated for the ‘Worst Couplet of the Year’ award. The author has no hesitation is shoe-horning words into a line or adding exclamations as he sees fit if there are too few syllables. I think it wise to finish by stepping back, leaving a blank line and letting you read an example for yourself – come back, Kylie, all is forgiven!

“Yeah, one day you had a baby,
It was painful, it was worth it.”