I foresee a marked deterioration in American music and musical taste, an interruption in the musical development of the country, and a host of other injuries to music in its artistic manifestations, by virtue – or rather by vice – of the multiplication of the various music-reproducing machines.
— John Philip Sousa, “The Menace of Mechanical Music,” 1906

The latest copyright discussion to break out on the Internet was the result of a post on the NPR radio blog by one of their interns, Emily White, entitled I Never Owned Any Music To Begin With, in which she says she has purchased about 15 CDs in her life. Here’s the crux of what she said:

As I’ve grown up, I’ve come to realize the gravity of what file-sharing means to the musicians I love. I can’t support them with concert tickets and T-shirts alone. But I honestly don’t think my peers and I will ever pay for albums. I do think we will pay for convenience. What I want is one massive Spotify-like catalog of music that will sync to my phone and various home entertainment devices. With this new universal database, everyone would have convenient access to everything that has ever been recorded, and performance royalties would be distributed based on play counts (hopefully with more money going back to the artist than the present model). All I require is the ability to listen to what I want, when I want and how I want it. Is that too much to ask?

In particular top-grade musician/whiner David Lowery, who wrote a stern rebuttal, basically blaming Emily and her pals for driving “two dear friends” to commit suicide because…something something illegal downloads. I’m not clear on the logic there either. But apparently disturbed artists never killed themselves before The Pirate Bay came along. Except for Ian Curtis. Who clearly saw what was coming and decide to hang himself, to save time waiting around for Napster to start up and ruin his life.

“A lot of artists feel they aren’t being adequately compensated,” said Lowery in another piece [also on the irritatingly moralistic Trichordist site, self-righteously titled “Artists for an ethical internet”]. Well, boo fucking hoo. I feel I am not being adequately compensated for writing this, so I’d like the world to ensure that I am. KTHXBAI. Oh and I’d like a pony that shits rainbows as well. But despite this appalling lack of response to my personal needs by the universe, I’m still writing it. Because it’s what artists do. They create, not for compensation, but because they feel an urge to do so.

[As an aside, that’s why I never gravitated towards writing as a career.  When you stop doing something for pleasure, and start doing it to pay the bills – it usually stops being pleasurable. To quote Hunter S. Thompson, “I’ve always considered writing the most hateful kind of work. I suspect it’s a bit like fucking — which is fun only for amateurs. Old whores don’t do much giggling. Nothing is fun when you have to do it — over and over, again and again — or else you’ll be evicted, and that gets old.” I can think of no way to lose the joy of personal expression faster than that.]

But if musicians aspire to go down that road, I’m fine with that. However, creating music and calling yourself an artist does not, in any way, entitle you to a living. Especially if you are stuck in a 1980’s paradigm [as Lowery apparently is, which makes sense, given that three decades ago is about the last time his band, Camper Van Beethoven, were vaguely relevant] where record labels would throw money at ten grunge bands from the Pacific NorthWest, in the hopes that one would become the next Nirvana. He simply doesn’t appreciate the massive shift which has occurred. Put bluntly, recorded music has been the centre of the large-scale music business model for about the past 100 years, but may well no longer be sustainable.

Not, I should point out, that it’s exactly on its last legs. The International Federation of the Phonographic Industry said that global sales revenue in 2011 was down by… Well, guess how much from the year before? A whopping three percent. To $16.6 billion. Really, protestations of the damage done by illegal downloading to the music industry seem almost as overblown as the similar claims by Hollywood, while then turning round and report record box-office revenues.

This is a good part of why many really don’t care any more. People don’t respect copyright, because copyright owners don’t respect people. Witness, for example, YouTube’s automated takedown process, which tramples the concept of “fair use” for even the slightest fragment of content. Or the term extension bought and paid for by Disney and their ilk.  We’ve been lied to so often and for so long in the interest of greedy conglomerates, that it’s impossible to take their claims seriously, or those who defend copyright, almost regardless of whether their arguments have merits. Witness Rob Reid’s marvellous talk on his 8-billion dollar iPod: 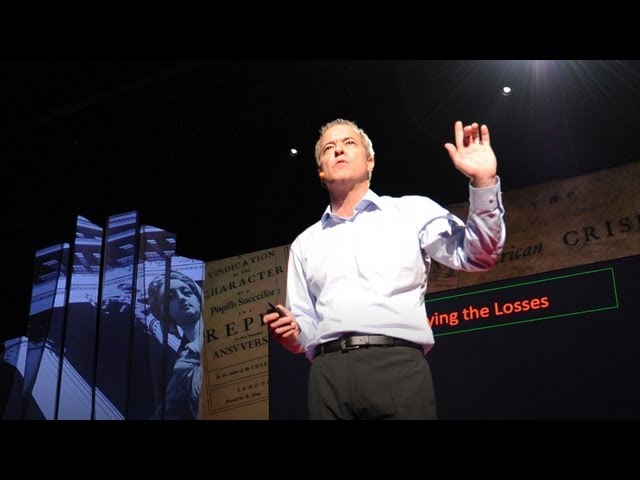 All Lowery’s weeping, wailing and gnashing of teeth is not going to put the digital genie back into the bottle. But this will not kill music, any more than home taping did in the 80’s. [Remember that over-wrought campaign?] Music existed for thousands of years before Thomas Edison’s phonograph cylinder in the 1870’s enabled the capturing and playback of sounds. While this small aspect of “music” may have led to much greater access worldwide – and certainly contributed to an awful lot of cocaine consumption, up the noses both of record company executives and musicians – the gravy train appears to be nearing the buffers.

It would not seem to be society’s place to restrict or limit innovation by all, or its results, because a small group of people “feel they aren’t being adequately compensated.” Lowery and co. are acting like medieval monks, raging in the face of the Gutenberg printing press, which radically altered the landscape and pretty much killed off the illuminated manuscript as a source of employment. I do agree that artists should be able to be compensated for their work, but the system as it exists is no longer workable. New methods will arise, and indeed, already are doing just that – such as along Kickstarter lines, where people pay in advance, funding the work ahead of its creation, rather than retrospectively.

The details aren’t important. But copyright, as it operated during the 20th century, is basically dead: an unenforceable concept that has been broken on the wheel of digital distribution. The sooner artists like Lowery realize it, and move towards alternative approaches, the better off they’ll be.