The good news: TC20/21 should be back from the printers on Tuesday, so it looks likely that I will be sitting in front of the Scotland-Morocco match sticking envelopes and licking stamps. The bad news is that the main PC box here suffered an “upgrade” today — new memory went in, and it promptly stopped working, even when the old memory was put back. Thus I am reduced to a somewhat primitive level of functionality for this week’s editorial, and the weird news section will have to wait until things get fixed, one way or another.

If that’s not soon, it’s gonna make the task of sending out the subscriptions a little…interesting, because the current subs list which I can access was last updated, let me see, five months ago. I should still have a bunch of subs letters and stuff, but I’ll apologise in advance for any inconvenience caused. But, let’s face it, you’ve waited eighteen months for it to turn up, so what’s another week here or there going to matter?

Yes, I *know* it’s a feeble excuse, but at least it will allow me to spend hours playing Bust-a-Move 3 [the favoured Playstation game at the present moment] and watching the World Cup. It’s miraculous to find that Scotland are still in it somehow, though for 25 minutes against Norway, I felt like a certain bowl of petunias i.e. “Oh no, not again”. If you want a prediction for Tuesday night, here goes: we draw 1-1 with Morocco, Brazil beat Norway 1-0. Norway and Scotland then have to draw lots to see who goes through, and of course, we go out. Still, who cares, as long as England lose to Germany again — ideally on penalties…

Went out clubbing last night, for the first time in ages, with Rob Dyer of Dark Star [whose publication is about to take over the TC record for longest interval between issues!] and housemates Steve and Abigail. The venue in question was ‘Tenebrae’ — one wonders if it’s run by rabid Argento fans — and was…SERIOUSLY goth. I mean, like UTTERLY goth, in a “where DO these people go during the day?” kind of way. I like the Sisters of Mercy, and all, but was clearly not in the same league, being THE ONLY PERSON wearing a white T-shirt [I think there was one girl in white, but it was kind of a wedding dress thing, so doesn’t count…]

It was a TC-shirt, however — no chance for promotion left unfulfilled, me — and did lead to an interesting conversation with someone who knew the origin of the name (a Transvision Vamp song, in case you didn’t know) on the “whatever happened to them?” kind of lines. Which was one of the cool things about the club (apart from the skull cookies on entry, and the hand stamp that had clearly been nicked from a hospital and read “Patient Died: Date ________”): I had far more conversations with people I didn’t know than you would expect in a ‘normal’ club. Get past the somewhat disconcerting look, and goths are clearly a friendly lot. [Tenebrae: 3rd Friday each month, Gossip’s, 69 Dean St, London. Just don’t wear white]

Having completed TC, I now feel justified in taking some well-earned rest. I am thus winding up towards this summer’s little excursion, in which I wave goodbye to the other residents of TC Towers, leaving them in peace for a bit, while I vanish off to the Americas. This year, I’ll be crossing off a couple more bits: the south-east, in the shape of Florida, and Montreal, which I guess could wipe off all of Canada, though that seems a bit harsh. I’ve finally got a new passport, with a picture which looks SLIGHTLY more like me than the old one, though it more closely resembles my brother on Death Row in Arkansas. The tickets have arrived, and the next few days will fill in the blanks for money and insurance.

There is but one snag. I failed to look at the World Cup schedule when booking the tickets. It’s going to be bad enough trying to cope in a country where commentators still talk about “drawing a personal foul despite being double-teamed in the red zone” [hello…it’s football… not soccer…FOOTBALL], but I will be flying out on the day that Scotland play their second round match [yes, we’ll take the assumptions as read on that one, shall we]. First task on getting through immigration will be to try and find out what’s happened to 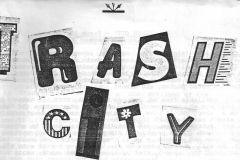 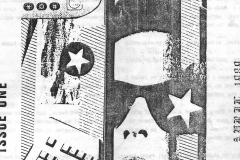 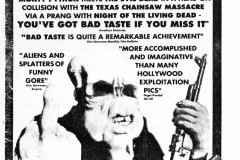 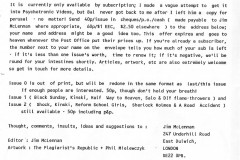 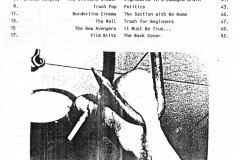 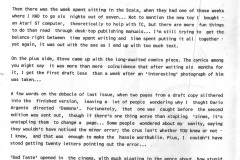 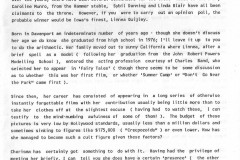 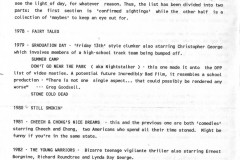 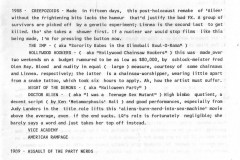 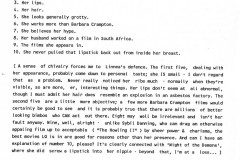 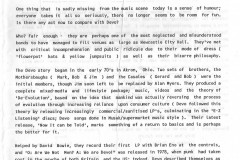 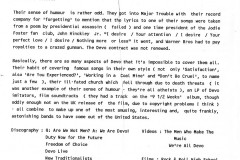 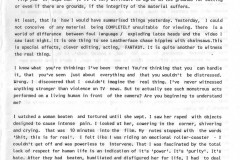 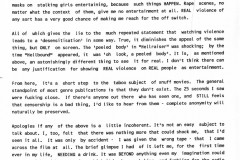 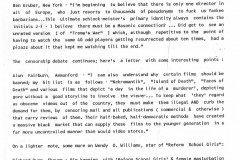 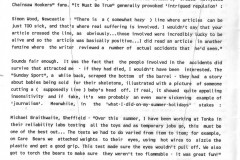 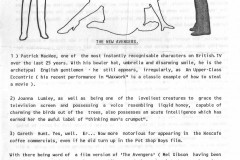 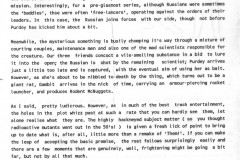 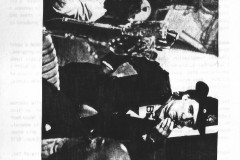 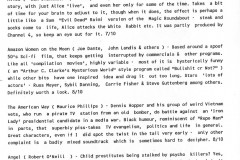 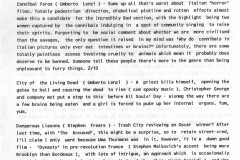 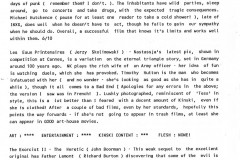 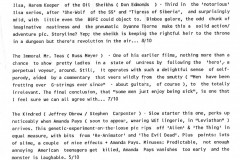 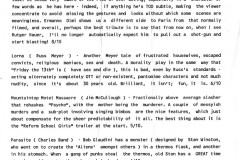 No doubt you will hear further reports in due course, but take this as warning that there will be somewhat limited updates for the next three weeks or so. Wish me luck, and serial killers permitting, I’ll be back in July…