Only room for a few letters this issue. Probably a good job too, as I’m beginning to suspect this is really the “Penthouse” letters column…

Stephen Cremin, Croydon – “You mentioned expeditions to watch oriental girls in short rubber skirts. Where abouts in London can you go for a high babe count outside Chinatown?…How about a list of venues in TC10 to back up your Oriental focus? Or an organised TC Babe Watch – it could lead to a good follow-up article with photographs and short interviews”

C’mon, do you really think I’m going to let you know all the best zones? As it is, the ’…” was a tip for Manchester which I’m keeping to myself! ,

Greg Smith, Milton Keynes – “Given your apparent obsession with Winona Ryder, I figured I’d let you know that she appeared as Debbie Gibson with Mojo Nixon in his video for “Debbie Gibson is pregnant with my two-headed love child’ wherein they apparently wrestled in a giant vat of red jelly! So if you have any connection and know where to get hold of a copy…” 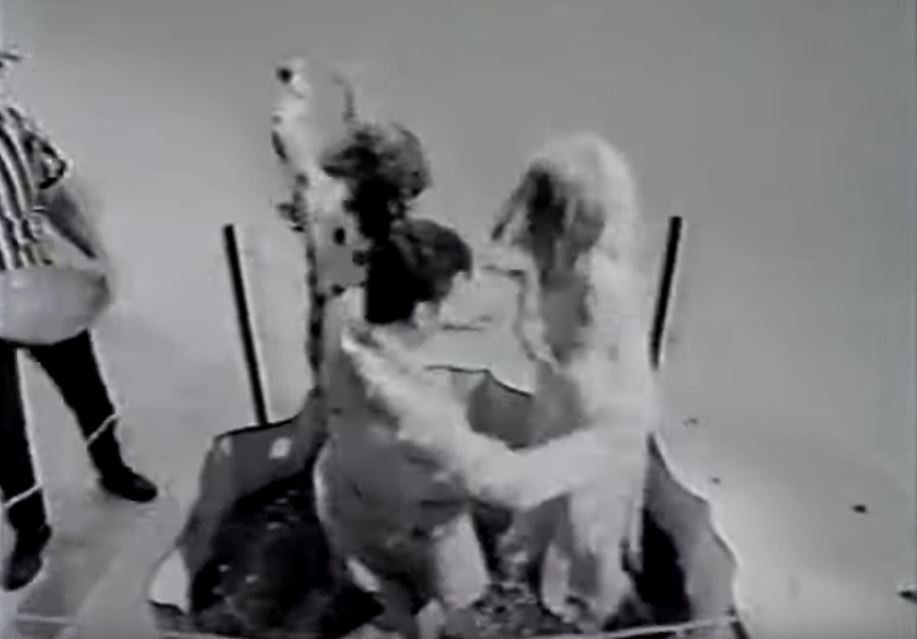 Had he not supplied documentary evidence, this would be appearing under “bizarre but imaginative fantasies”. So, can anyone help? And before I forget (like I have the past two issues!), Dan Pydynkowski, an American TCer, is looking for info on Janet Agren. Send any data to me and I’ll pass it on.

Jason Parker, Fockbury – “Don’t think I didn’t catch that snipe in the Grim Prairie tales’ review. Now I know that reality takes on a different perspective but my faculty seems to have borne up better than yours. As I remember it, | was waking you up, purely as a favour. [What does this ’selective editing’ button do?]…Jenny Agutter…two gherkins…pre-pubescent…McDonalds…soft- ‘ fleshed”

Brian Bower, Preston – “I have every sympathy with William Kilfeather’s views on the rip-off merchants of the Fanzine World…whilst criticizing the con-men, I would like to take the opportunity to praise the editor of one mag. I saw an ad for an American ’zine that had brought out a Hong Kong special so I wrote asking if it was possible to obtain a copy. He not only sent me a complimentary copy of the special, but also a copy of his regular mag. If you ever have a little space in your mag review column to sing the praises of Tim Paxton, it would perhaps balance the scales somewhat”.

Sentiments with which I heartily concur: for every swindler there’s a saint. To finish on, though, what better than some anonymous abuse. See if you can guess which ‘zine was being referred to in this quote: