“Cunt” is about the last word possessing any power to shock, especially here in America. While the rest of George Carlin’s “Seven Words You Can Never Say On Television” list from 1972 – shit, piss, fuck, cocksucker, motherfucker, and tits – are now, to various extents (and particularly on cable) part of the public vocabulary, you’ll still rarely find the c-word used.

This does, of course, only apply in America. A lot of the time, it just doesn’t sound right when Americans use it, such as the line in Way of the Gun: “Shut that cunt’s mouth or I’ll come over there and fuckstart her head!” or when Bill tells the Bride in Kill Bill, “Every once in a while, you can be a real cunt.” These examples is like children, who know a bad word or two, but have no concept of how to use them correctly, only that they shock adults. That’s a sad waste of the power inherent in “cunt”.

When you do hear it used correctly, there’s often a Brit involved, either as actor, writer or director, perhaps because the word doesn’t have quite the same impact there. It has been used on broadcast TV in the UK since at least 1970, and its use in a film is not necessarily a ticket to an adults-only rating e.g. the Ian Dury biopic Sex & Drugs & Rock & Roll, which was rated 15, despite dropping several C-bombs. That’s understandable, given there were street-names such as Gropecunt Lane as far back as 1230. At that point, the word was not considered obscene, though it had drifted into so being, by the time of Shakespeare, who alluded to it more than once in various plays.

There are suggestions that its use is inherently derogatory to woman. Obviously, when aimed at a woman, it’s pretty much the worst single word you can use, but I’m less convinced of this being the case in general usage – indeed, calling someone a “clever cunt” is a compliment, albeit a coarse one. And as a counter-argument to some feminists, no-one ever complains about the similarly “anti-male” aspects of insults such as prick, dick or knobhead. And when was the last time you heard anyone call somebody out for talking a load of ovaries? Not all women object to it: when they started filming Closer, Natalie Portman gave Julia Roberts a necklace that said “cunt”, because of their characters’ foul mouths. When shooting ended, Julia Roberts returned the favour, giving Portman a necklace reading “lil’ cunt”.

It’s not a word I use a lot, personally, simply because I’m a big believer that the less you swear, the more effective it is – I still recall the first time I heard my mother swear, and it was something relatively mild. My 15-year old jaw dropped, and I can tell you, whatever it was I was doing wrong – and I forget that aspect – I stopped. We do use it, semi-facetiously, when referring to those who use the HOV lane when they shouldn’t. Or Hummer drivers. That works too. But there have been some epic uses of the word in cinema. Here are ten of my favourites; I’ve stuck to film, but give an honourable mention to Kenny Powers’ from cable TV’s’s Eastbound and Down: “There is no I in team, but there is a U in cunt.”

Albatross Woman: Of course you don’t getting fucking wafers with it, you cunt. It’s a fucking albatross, isn’t it?

Why it works: Because it’s the only time the words “cunt” and “albatross” have ever been used in the same five-word stretch.

Natalie: You know what one of the reasons for short term memory loss is? Venereal disease. Maybe your cunt of a fucking wife sucked one too many diseased cocks and turned you into a fucking retard.

Why it works: One of the rare uses by a woman, though it does occasionally happen e.g. in Bridesmaids. But the venom on view is unsurpassed, and the quote also appreciates the use of “cunt”, not just on its own, but in combination with other expletives.

8. Silence of the Lambs

Hannibal Lecter: Now then, tell me. What did Miggs say to you? Multiple Miggs in the next cell. He hissed at you. What did he say?
Clarice Starling: He said, “I can smell your cunt.”
Hannibal Lecter: I see. I, myself, can not. You use Evian skin cream, and sometimes you wear L’Air du Temps, but not today.

Why it works: It’s all part of the power-play between Starling and Lecter. The good Doctor knew very well what Miggs said – but wanted to make Starling say it. Unfazed, Starling does so, and Lecter then responds on an entirely factual basis. Academy Awards all round!

Why it works: Writer/director David S. Goyer is American, as is actor Ryan Reynolds who plays the character. But if you can hear the phrase, “cock-juggling thundercunt” without smirking, you’re a better person than I. Every time we see Parker Posey – to whose vampiric character the line was addressed – we have to use it. Hopefully, we never meet Ms. Posey in real life, or we’ll have some ‘splainin’ to do…

Brick Top: Do you know what nemesis means? A righteous infliction of retribution manifested by an appropriate agent, personified in this case by a ‘orrible cunt. Me.

Why it works: Contrast. What starts off as a dictionary definition, suddenly mutates at the end into something self-referential and a good deal more sinister. The rest of the film leaves no doubt that it’s an entirely accurate description.

Why it works: It’s addressed to Ed’s best friend, whose girlfriend is attempting to engage him in a meaningful conversation about their future, and why Ed should play no part in it. Case closed. Another case where a film was rated only ’15’ in the UK, despite its use of the word, likely due to the entirely non-sexual context.

Why it works: It’s easy to forgot what a harsh movie Saturday Night Fever was, full of violence, racism and – as the above illustrates – outright misogyny. Perhaps the most offensive use of the word – and, yet, Annette isn’t bothered by the philosophical dichotomy so eloquently expressed by Tony.

Why it works: Rhythm. Listen to the audio clip below. Despite the limited vocabulary, it’s poetic, almost to the level of a Shakespearean sonnet. Okay, that might be a slight exaggeration, but “cunt” becomes the exclamation point on the end of the tirade. How could you possibly respond to that? Plus, it’s said by the guy who played Gandhi.

Hit Girl: Okay you cunts… Let’s see what you can do now!

Why it works: If having a woman say the word is a palpable shock, what about this approach?

Step 1. Have it said by an 11-year old girl – oh, and she’s about to kill most of the people in the room, while accompanied by The Dickies’ cover of the Banana Splits theme.

Step 2: receive loads of discussion, mostly complaining about how irresponsible the film-makers are to put such appalling language in the mouth of an adorable poppet like Chloe Moretz (who, ironically, wasn’t technically able to see the film in which she played such an integral part).

Ken: Harry, let’s face it. And I’m not being funny. I mean no disrespect, but you’re a cunt. You’re a cunt now, and you’ve always been a cunt. And the only thing that’s going to change is that you’re going to be an even bigger cunt. Maybe have some more cunt kids.
Harry: Leave my kids fucking out of it! What have they done? You fucking retract that bit about my cunt fucking kids!
Ken: I retract that bit about your cunt fucking kids.
Harry: Insult my fucking kids? That’s going overboard, mate!
Ken: I retracted it, didn’t I?

Why it works: Figure it out for yourself, you smart cunt. 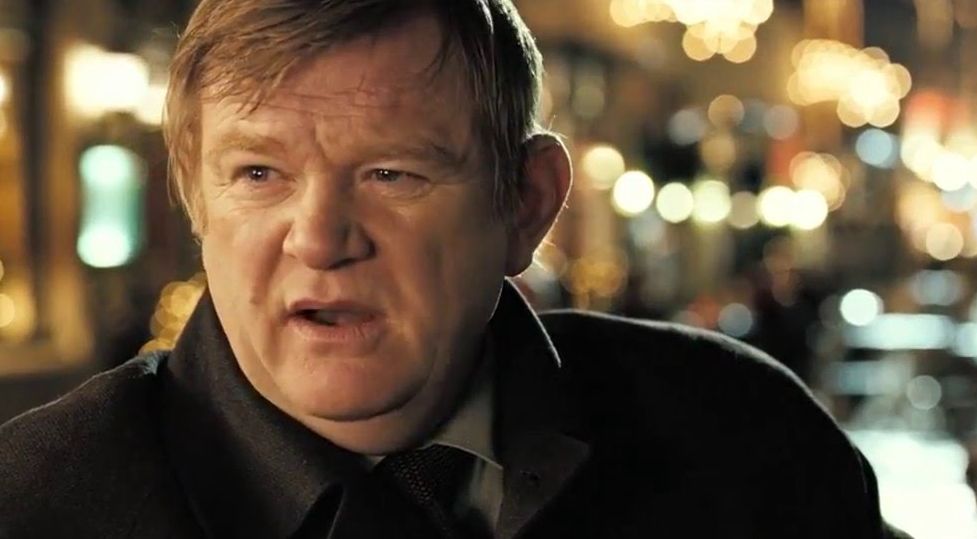