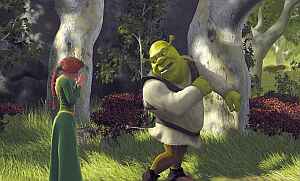 Another year draws to a close, and so while there may be no obelisks on the Moon, that does mean it’s time to inflict another top 10 list on you. I make no claim to have seen every film released during the year, so this is obviously not going to be comprehensive…but I strongly suspect that few of those I didn’t see, would have a snowball’s chance of making it onto here. This is the major benefit of being a non-professional critic – I don’t need to sit through the dreck.

Mind you, even allowing for an informed selection, there were still a number of films which were endured rather than enjoyed. This was particularly true of the multiplex where, especially in the first half of the year, it seemed that the wider the release, the suckier the movie. Comparing it to last year, where even the Oscars showed more taste than usual, it was pretty depressing, and I make no apologies for the fact that you probably haven’t heard of half the films in the list, never mind seeing them. 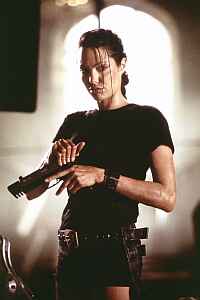 The sad fact is, the odds are that I probably won’t get to see a number of them again either. Five of the ten were seen at film festivals, and only one has actually managed to acquire any kind of distribution since. The advent of digital video has only added weight to the argument which says that anyone can make a movie – but getting it seen by the rest of the population remains a nightmare. It’s possible that with the Internet, distribution will become possible, but the slow growth of broadband, and the problems of getting paid, remain tricky curves on that road. However, for one film on the list, the Internet is the main source of income and sales, pending a general distribution agreement, and this might point the way forward.

The Internet also allowed us to see films I didn’t want to actually pay to see, and it was refreshing to discover that my critical faculties were as sharp as ever. The worst movie of the year goes to Rush Hour 2, for being not just dull, but actively aggravating, with Chris Tucker a fabulous poster child for the KKK. The most over-rated film of the year also reached us down the cable modem: Shrek, a painfully obvious and startlingly unoriginal (oh, look – a Matrix parody) mish-mash of fairy tales and political correctness. Can anyone explain its appeal? 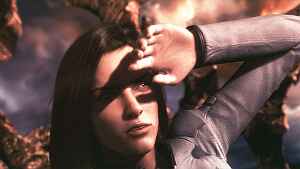 Disappointments came in the form of the two computer game films, Tomb Raider and Final Fantasy. Spots for both were being polished up in the top 10, but neither of them remembered that no matter how good you look, you still need a storyline to hang your imagery off. I still like both films, but neither came up to my expectations and hopes.

Onto the brighter side. It was a delight to see both Iron Monkey and Vampire Hunter D: Bloodlust on the big screen – if the former was really a 2001 movie, it would have been in the top 10, and we can only hope for more of the same in 2002. The re-release of Holy Grail was just what was needed after the events of Sept.11, while Ben Kingsley (or Sir Ben as we must now call him) provided perhaps the most memorable performance of the year in Sexy Beast. 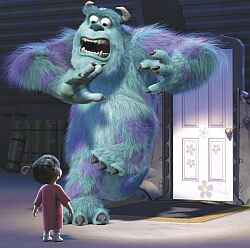 Things also perked up considerably towards the end of the year, with a couple of reasons to make you want to go back to the cinema and eat popcorn. Say what you like, Harry Potter proved you don’t need big American stars to make an engaging film, when you’ve got a good source…and the author hovering over you a hawk! And so, without further ado, here are the top 10 in reverse order, based on the ratings given at the time (more or less!):

#10 – Ginger Snaps. This one just scraped in, displacing Snatch after a watch-off determined it to be the best lycanthrope film since American Werewolf, combining black humour and a good old-fashioned monster movie to great effect.

#9 – 90 Miles. A genuinely touching documentary depicting the life of one man, and his return to his native land. We liked it so much, Chris subsequently worked tirelessly to bring the film and its director to Phoenix – and its impact on me was not much less.

#8 – Revolution #9. An excellent recreation of one man’s descent into paranoia and madness, highlighted by an amazing performance from Michael Risley. He manages to make you feel both sympathetic for, and scared of him, at the same time.

#7 – Cradle of Fear. You’ll be hearing more about this one shortly, but in a year when the peak of horror was Anthony Hopkins eating brains, this was a fabulous breath of foul, blood-spattered and morally upstanding air which made me proud to be British. Pass the six-pack!

#6 – Memento. Undoubted winner of any best script award, this demanded more attention when watching it than any other movie. Beautifully precise, this demands immediate repeat viewing, and will hopefully be just as solid next time.

#5 – Boys From Madrid. A road-movie that gradually slides into a quest for redemption, before an ultimate revelation that makes for the most disturbing viewing of the year. I need a shower just remembering it. 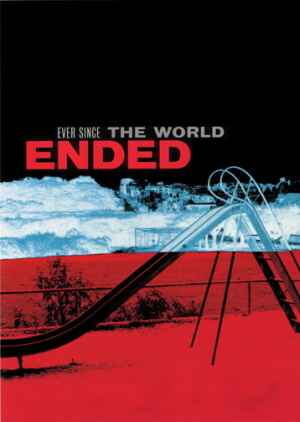 #4 – Lord of the Rings: Fellowship of the Ring (left). Who’d have thought that the man would go from splatter movies to the most beloved book of the century? And do so almost faultlessly, too, recreating Middle Earth and all its inhabitants to perfection. $300m well spent.

#3 – Versus. Possessing more raw energy and invention than any other movie, this one kept a smile on our faces for two solid hours. We laughed, we cheered, we said, “Fuck me! Rewind that!” A tiny budget, yet full of vim and vigour; this is what cinema is about.

#2 – Monsters Inc.. Call me a softie. Call me a sap. But you know what – I don’t care. This was the only film we paid to see twice at the cinema, and we loved every minute of it on both occasions. Fabulous story, fabulous characters, flawless execution, and perfect timing, both comedic and dramatic.

#1 – Ever Since the World Ended. You know a film is obscure when a Google search for the title has the TC review as the first entry. Regardless, it’s a great twist on the pseudo-documentary entry, and is both spooky and eerily plausible. If ever a movie deserved broader circulation, this is it – ‘cos if nothing else, I want to see it for a second time…